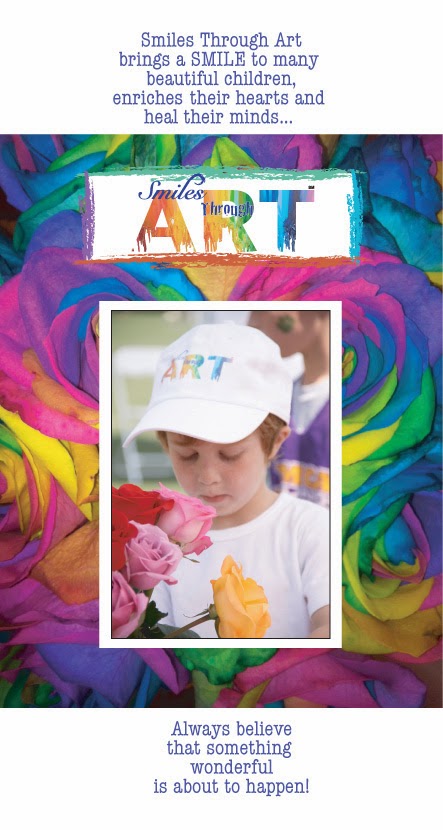 Posted by Smiles Through Art at 8:50 PM No comments: 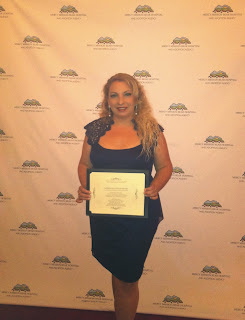 SMILES THROUGH ART RECEIVED AN AWARD!
Los Angeles, CA, on November 17th, 2013,  Mercy Mission Hospital and Adoption Agency honored and awarded Sharon Persovski for her excellence as an Environmental Designer in behalf of her award winning designs in building and structural design National and International.
In honor of her design concepts and the ability to beautify our world and make it a safer place.
Posted by Smiles Through Art at 11:22 AM No comments:

WHAT IS SMILES THROUGH ART?

Smiles Through Art is a Non-Profit Organization that makes a difference in the lives of those afflicted with various illnesses and medical conditions, especially children, and giving them a voice of healing through art. Creating and supporting art projects in hospitals and healthcare institutions.

Smiles Through Art is implementing this program internationally.

IF YOU WANT TO SUPPORT THIS PROJECT GO TO:
http://www.smilesthroughart.org
Like us on: https://www.facebook.com/SmilesThroughArt
Contact: spersovski@aol.com
Thank you!
Posted by Smiles Through Art at 11:22 PM No comments:


Sharon Persovski, Design Director, Chief Creative Officer, and Project Manager.
She was born in Mexico City, is a graduate of the prestigious Universidad Iberoamericana, where she earned her Bachelor's degree and
Licenciatura in Graphic Design, with a specialization in Interior Design and Architecture.
She also has completed studies in the behavioral sciences and project management at the University of California Los Angeles (UCLA).
Fluent in four languages, Sharon regards her multilingual approach as one of her greatest assets, informing her work with added layers of multicultural expressiveness.
She also is very active in community affairs, specifically in pursuits involving enhancing the lives of school children through art. Sharon understands the power of art and design on individual and community development, having been influenced deeply through her own artistic experiences throughout the world -- learning restoration of priceless works of art at world-class museums in Florence, Italy, exploring modern architecture in
Latin America, and designing cutting edge hotel and spa properties in China (Four Seasons and Hilton), to name but a few.
One such endeavor which she found especially rewarding was her efforts on behalf of the Museo de San Carlos in Mexico,
where she developed the brand identification for a children's course inside the museum and implemented design elements both
inside and outside the museum structures.
Sharon is involved as an Advisory Council in USC IGM Art Gallery, in projects in healthcare design and education.
She is currently the District Council Chair of the National Art Program Reflections in conjunction with the Beverly Hills School District.
She is the Founder and Executive Director of Smiles Through Art, Inc. a Non-Profit Organization that makes a difference in the lives of those afflicted with various illnesses
and giving them a voice of healing through art.
Sharon has been fascinated with art, architecture and design, since exploring her native Mexico City as a youth, with its distinctive colors, shapes, forms and textures.
After completing extensive thesis research on brand identification, graduating the highly-regarded Universidad Iberoamericana,
and earning her professional license, Sharon began more than a decade of experience in creating
and developing unique environmental graphics design solutions for clients big and small. She understands the power of signage and wayfinding, and is able to transform client objectives, ideas and ambitions into a dynamic design reality, through an effective balance of impact and subtlety -- she brings a fashion forward sensibility to her work.
She became a Management Designer at Mexico City's Grupo Arquitech in 1994, where she coordinated signage and interior deisgn for Carrefour Supermarkets (the largest retailer in France), as well as upmarket shopping centers in the Mexico City area.
Then in 1996, Sharon was asked to join one of the leading worldwide companies, Walter Landor and Associates, where she created packaging and branding design concepts for diverse companies, and brand idenfication for a bank in Colombia, and environmental design for service stations in Venezuela, as well as many other key projects.
Sharon was then invited to come to the United States and serve at Hunt Design Associates, in Pasadena, California.
At Hunt Design, Sharon developed signage for the MGM Grand Hotel and Paris Las Vegas Hotels in Las Vegas.
In 1999, Sharon joined RTKL Associates' Los Angeles office, where she designed several large scale retail projects in Asia,
specifically in Tokyo and Singapore. Sharon also designed signage and wayfinding for a community medical center in California.
She developed design concepts and the thematic elements for each project. In 2009, and working on her own,
Sharon undertook several major design projects, including Americans With Disabilities Act (ADA) signage systems,
as well as other signage design and wayfinding systems, including Braille Systems. Very recently, she designed
environmental design for major luxury hotel properties in China.
Sharon is a member of the ISA International Sign Association.
Sharon invokes a visual aesthetic that pays homage to the vibrant design traditions of her native land, but is at the same time
contemporary, sophisticated and au courant.

Posted by Smiles Through Art at 9:10 PM No comments: